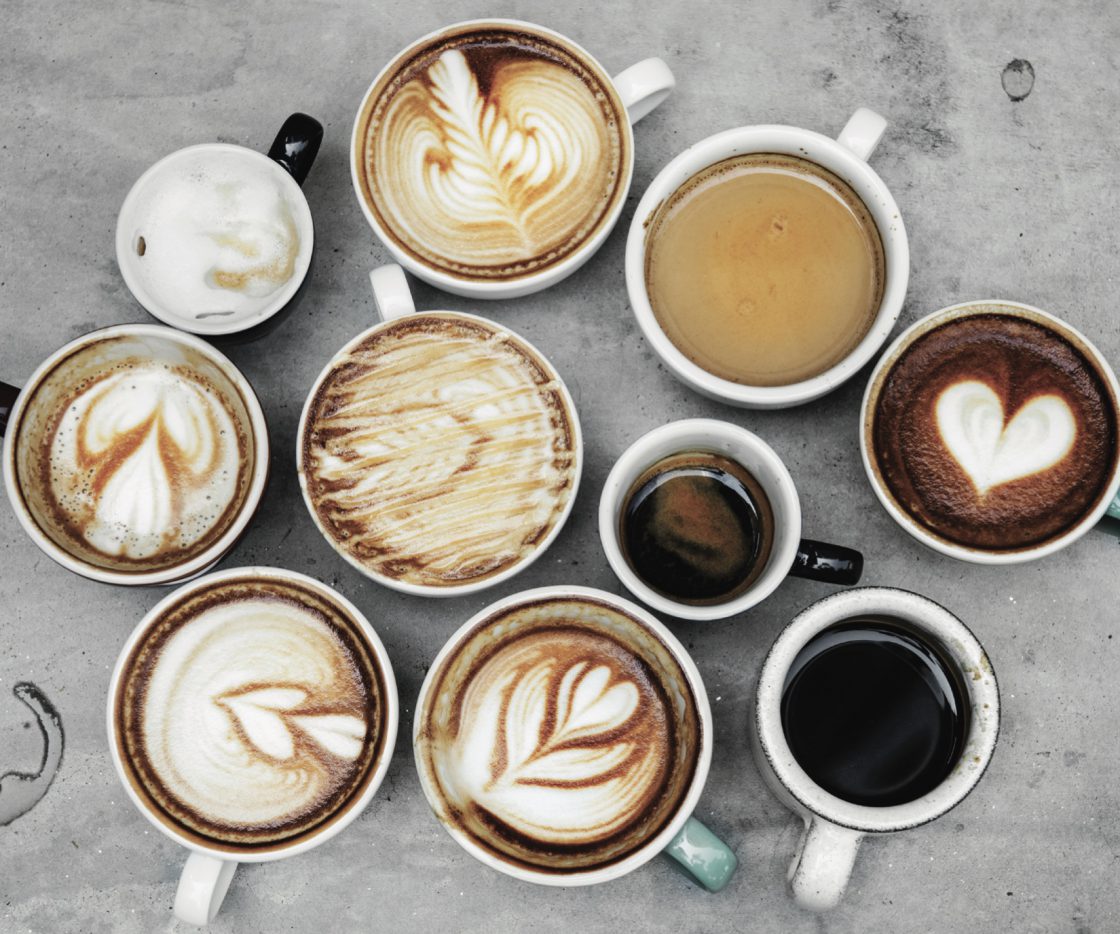 From a cup of coffee to 40 years of friendship

Bright mornings and delightful conversations are indispensable, so much so that, every year around the world we consume 760 billion cups of coffee. Preparing coffee, which is part of daily life especially in the Mediterranean, Middle East, and America is an art form. In this issue, we have prepared dessert recipes from different cultures that are served with coffee.

Ever since the governor of Yemen, Özdemir Pasha, brought it to Istanbul in 1543, Turkish coffee has become not only a beverage but a tradition that brings people together and symbolizes hospitality and friendship. Indeed, a cup of coffee commits one to 40 years of friendship in Turkey. So, how is Turkish coffee made? First, one needs to ask how they take their coffee. Plain coffee is made without sugar, coffee with a little sugar is with a teaspoon of sugar, mildly sweetened coffee is with two teaspoons of sugar, and sugared coffee is with three teaspoons of sugar. You need to add one coffee cup of water, 2 teaspoons of coffee, and sugar for each person to the coffee pot and mix well. Then start cooking the coffee on low heat. The slower the coffee is cooked, the more delicious it will be. When it starts to boil, you need to take the foam formed on the top and share it with the coffee cups equally. It is served in special Turkish coffee cups accompanied by a glass of water and Turkish delight. 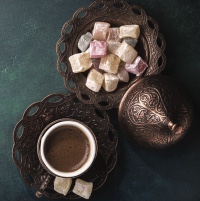 Boil the orange juice, starch, and powdered sugar by constantly whisking them over medium heat. When you start to see holes in it, take it from the stove. Wet a flat square silicone mold with some water and then pour the hot mixture into the mold. Leave the mixture in the refrigerator for a day. The next day, sprinkle plenty of powdered sugar on the countertop and turnout the refrigerated mold onto the powdered sugar. Sprinkle a generous amount of powdered sugar on it. Cut your mixture into cubes by pressing it with a sharp knife, without moving it back and forth. Check your knife each time and if necessary, wipe the knife thoroughly with a dry cloth and continue. You can try the same recipe with rose water or pomegranate juice instead of orange juice and add pistachios if you like. 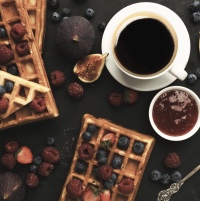 The most delightful way to start the day

Americans absolutely love coffee and they have different options to start the day, such as Americano, cappuccino, latte, macchiato, and mocha. Although it may seem easy, there are some rules to be followed in order to prepare a delicious Americano. Prepare espresso with finely ground coffee beans, with water with a pH of 6.5-7.5, either in your machine, in a Moka Pot, or in the French Press. Warm your cup by rinsing it with hot water. Fill your cup halfway with the water you boiled, then add your sugar and stir. After 30 seconds, slowly add an equal amount of espresso to fill the cup. It is recommended not to stir the cup after that. Now you can enjoy your Americano.

Where does Americano come from?

During the Second World War, when American soldiers in Italy found espresso too strong for them, Italian coffee makers added water to the coffee they served and started calling them Americano. The soldiers who returned to their countries after the war carried this culture to the USA with them.

In a medium bowl, whisk together the flour, sugar, baking powder, baking soda, and salt; set aside. In a large bowl, whisk cream, butter, and eggs. Add the flour mixture into it and mix with a spatula until the dough is combined. Preheat the waffle maker; Apply oil with a brush. Pour the dough to within a margin of the edges. Bake for 3-5 minutes until the waffles are golden and crispy. To keep them warm, place in a preheated oven at 200 degrees. Serve with fruit and maple syrup. 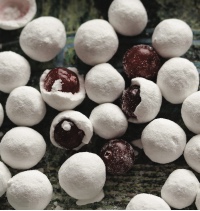 Cappuccino outside, Turka at home

Although Russians are strict tea consumers, their coffee drinking rates are increasing daily. The tradition of drinking coffee for Russians began in the time of Peter the Great. In fact, about 85 percent of the country prefers instant coffee, but the number of people who drink fresh coffee is increasing every year. Russians, who prefer to drink cappuccino enriched with alcoholic beverages such as vodka and cognac, also like to brew Turkish coffee, which they call ‘Turka’, and make with a French Press at home. Raf, which you can find in many cafes in Moscow, is a very popular coffee. It is made with 25 ml of espresso, 100 ml of cream, 10 gr sugar, and 5 gr vanilla. Mix the ingredients well in a bowl, pour it into a cup, and serve with whipped cream. Since the foam on it is very thick, you can decorate it with a toothpick if you want.

In 1996, when Rafael, a regular customer at one of Moscow’s first cafes, asked for something new, the barista created a coffee with cream and vanilla sugar. Raf was born and became so popular that it soon became widespread among cafes in the Russian capital.

In a large bowl, whisk the egg whites until frothy. Add the blueberries and gently mix with a spatula to coat with the egg whites. Pour the powdered sugar into the sealed refrigerator bag. Add the blueberries mixed with egg whites. Close the bag and gently roll the blueberries with sugar. If some fruits are sticking to each other, separate them. After the fruits are well covered with sugar, pour the contents of the bag onto a baking tray. Bake in a 200-degree preheated oven for 3-4 minutes. Take them out of the oven and put in a cool area and wait for them to cool. 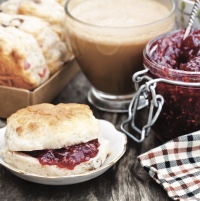 With an annual per capita tea consumption of about two kilograms, it is clear that the most popular drink of the British is tea. However, England, like the Italians encountered coffee in the 17th century. In 1675 there were 3,000 coffee houses in England, but the coffeehouses were places where elite men discussed politics, science, and philosophy, so much so that coffeehouses were called ’penny universities’ because you could listen to these discussions for just a penny worth of coffee.
In the 90s, with the influence of American sitcoms, the coffee culture took off again. The number of coffee shops in the UK increased by 847 percent between 1993-1997. Today, people in Britain consume about 3 cups of coffee every day, in the morning, noon and evening. The favorite coffee of the British is a latte accompanied by a scone.

At the Coffee Week event held annually in England, fundraising takes place for Project Waterfall, which aims to provide clean water, hygiene, and education to the people who grow coffee. Since 2011, a total of 1 million pounds has been given to 34,000 people in coffee-producing countries such as Ethiopia, Tanzania, and Kenya.

In a large bowl, mix the flour, sugar, baking powder, and salt. Grate your butter using a cheese grater and mix it into the flour mixture or cut the butter into small pieces and mix it with the flour, crumbling it between your fingers. Add the egg, cream, raisins, and vanilla and mix until the dough comes together. Put the dough onto a clean counter and roll it into a ball. Roll out the dough with your hands to a thickness of 5 cm. Cut it with a round cookie cutter and place them on a baking tray. Bake for 12-15 minutes at 220 degrees. Once cooled spread jam and cream onto the scones.