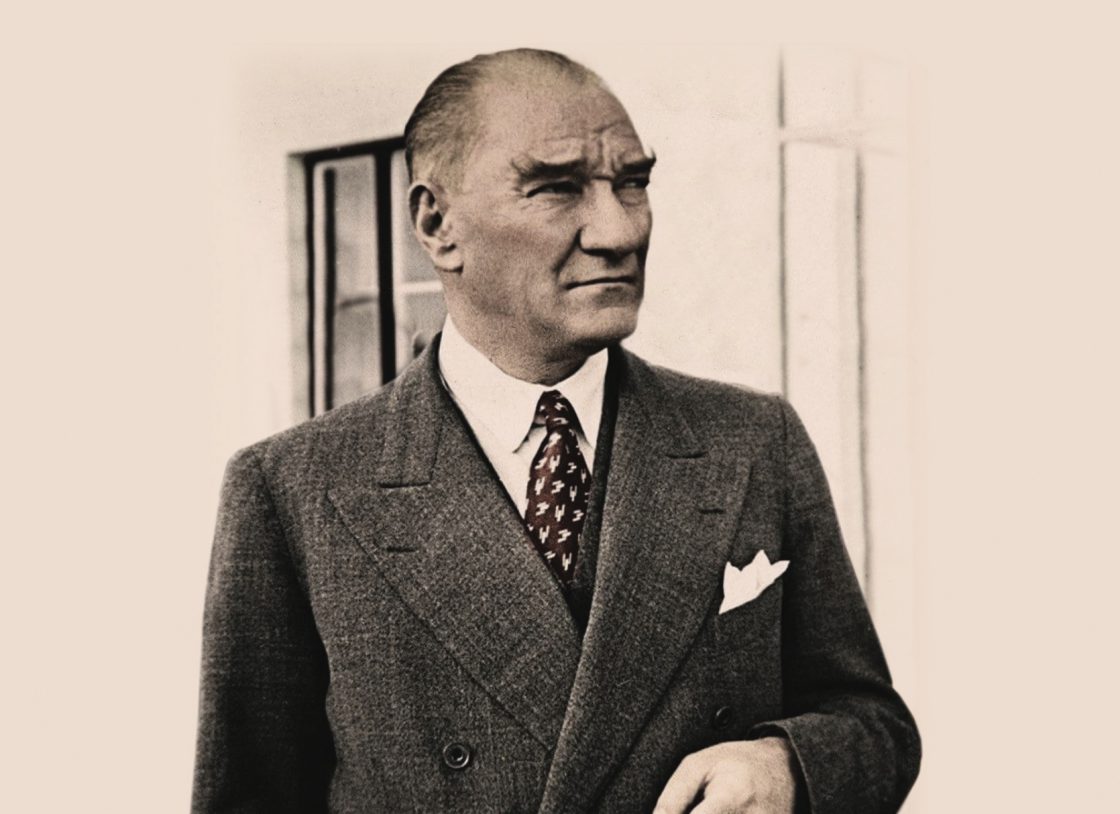 THE ONES WHO BUILT OUR REPUBLIC

The most important work of the Great Leader Mustafa Kemal Atatürk, the architect of our national sovereignty, is the Republic of Türkiye, the 100th anniversary of which we will celebrate this year. Since the first years of the Republic under the leadership of Atatürk, many design and construction activities were carried out with the aim of developing the urban and rural areas of our country. These included designs such as large public buildings, zoning plans, and modern housing projects.

The first step in Türkiye’s achievements in the field of civil engineering were taken in 1923. In the 1930’s and 40’s, foreign architects (mainly from Germany, Austria and Switzerland) were invited to Türkiye to build public buildings. The ‘Second National Architectural Movement’ was effective in the period that started in the 1940’s and continued until the 1950’s, when Türkiye was isolated from the world during and after World War II.

In this vibrant architectural environment in Türkiye, although they were few in numbers, the female architects’ impact on architecture was significant. During this period, even in some Western countries, female architects faced restrictions on vocational training, admission to the profession and application areas other than housing design, while women in Türkiye were active in all areas of the profession such as large-scale architectural competitions, design and implementation of public buildings, as well as the restoration of historical buildings.

We have chosen the architectural and restoration projects that have been built in the country since the proclamation of the Republic, which are symbols of innovation and progressiveness considering the socioeconomic, geographical and physical conditions of the time. The projects and their stories are as follows: 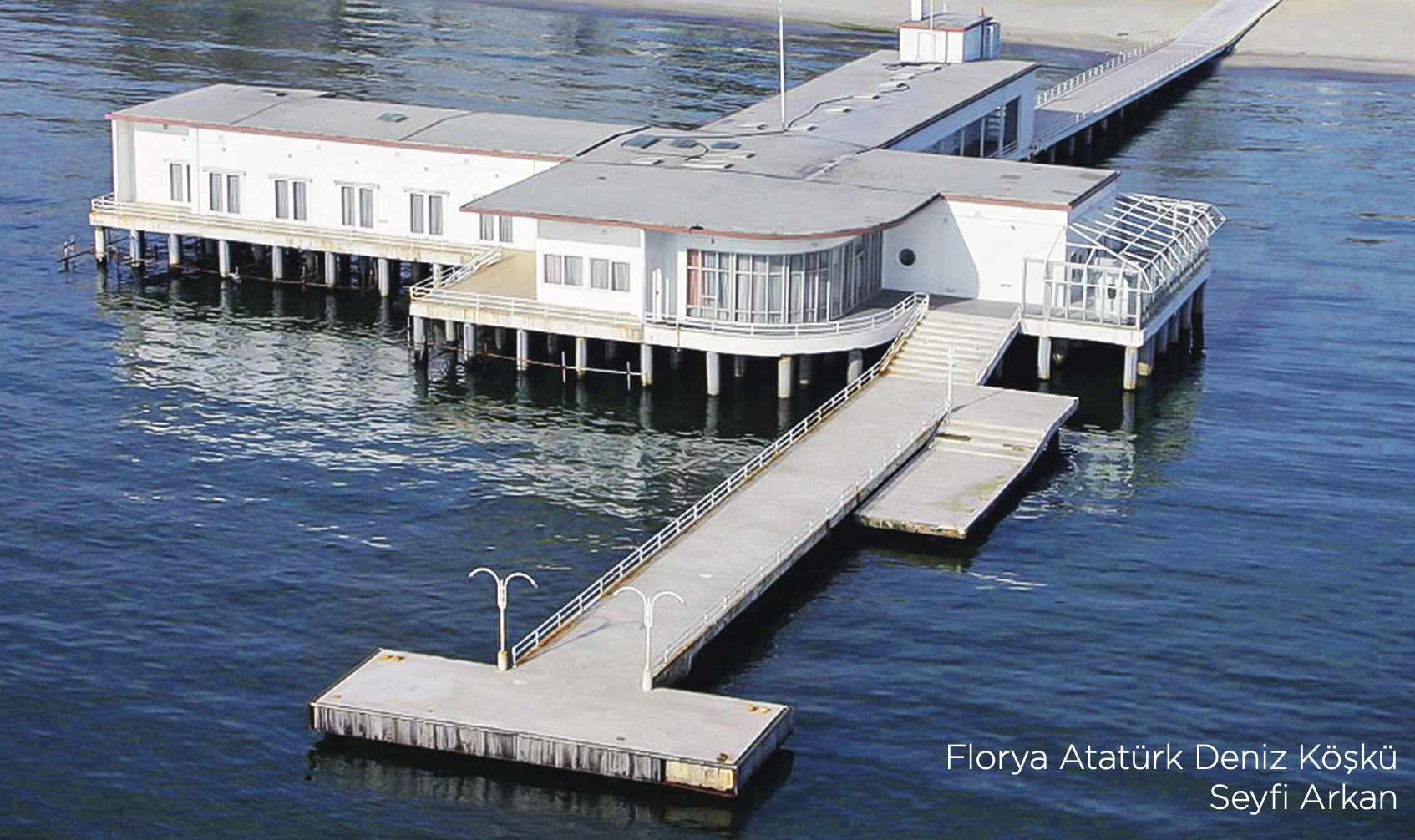 The extraordinary design by Seyfi Arkan, known as the personal architect of Atatürk, has become one of the most important examples of modern architecture in Türkiye and a symbol of the period. The building is constructed on steel piles driven into the seabed and is connected to the sandy beach about 90 m away with a wooden pier. The construction was completed in 48 days. The L-shaped plan reflects the functional separation of service areas and living spaces. It was created taking into account the special care that Atatürk needed in the last years of his life. Located offshore in Florya, in the Sea of Marmara, the building highlighted the newly widespread activity of swimming, while keeping Atatürk close to the public. Today the building is a historic house museum . 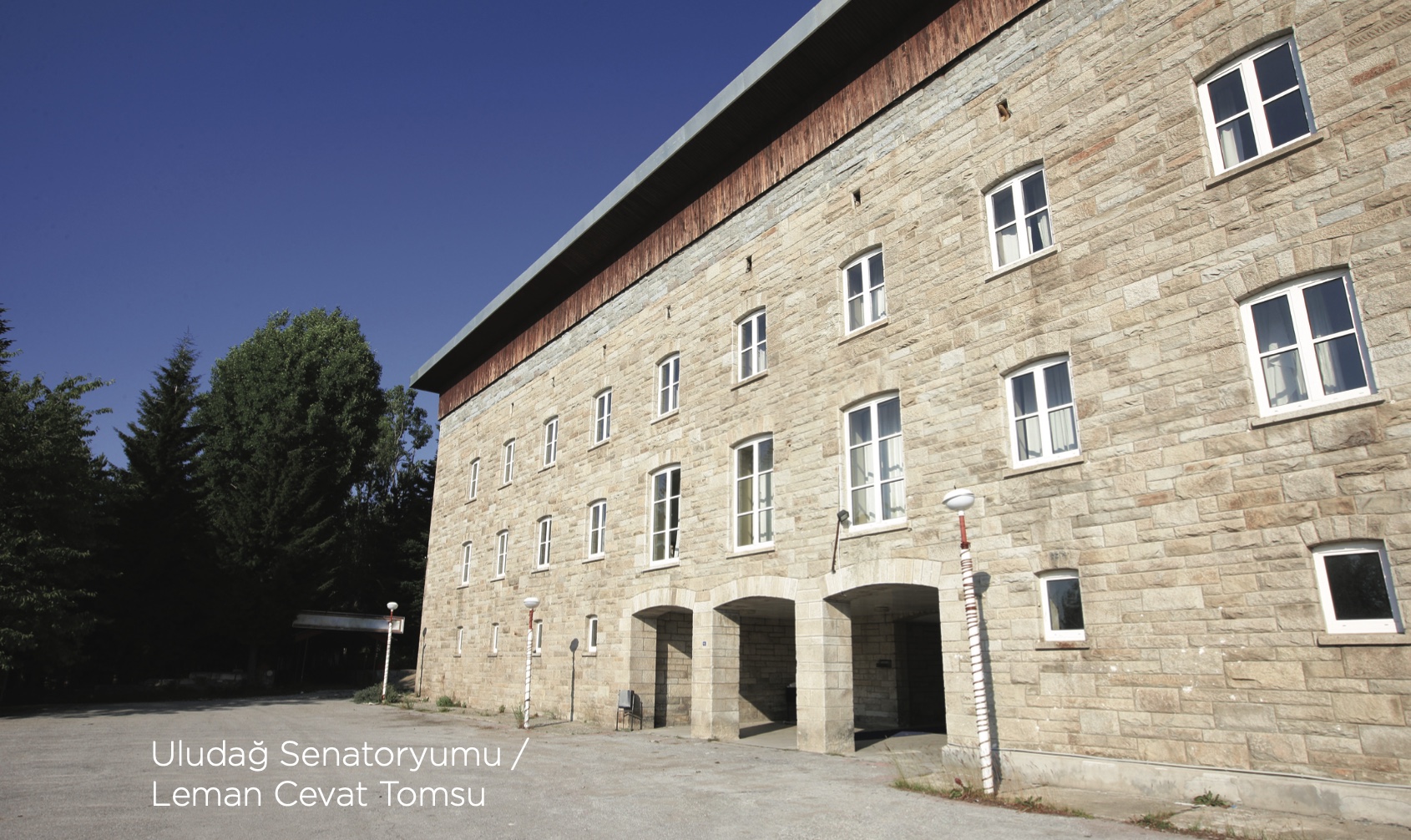 Prof. Dr. Leman Cevat Tomsu is one of the invisible names in the background of Turkish architectural history. She is one of the first of two women to receive an architecture degree in Türkiye (the other is Münevver Belen) and the first female architect to be registered with the Istanbul Chamber of Architects. Ms. Tomsu started her career by working with Martin Wagner, an urban planning expert at the Istanbul Municipality Zoning Directorate. She proved herself with her works in the Istanbul Municipality and the project competitions she entered up until 1940.

During his visit to Cerrahpaşa Hospital in 1936, Atatürk watched the Marmara Sea from the balcony of the oldest building of the hospital and said, “This hospital should go down to the beach in the shape of a horseshoe.” At that time, there were only 4 buildings belonging to the hospital. Among Tomsu’s projects, Cerrahpaşa Building is dated 1941. 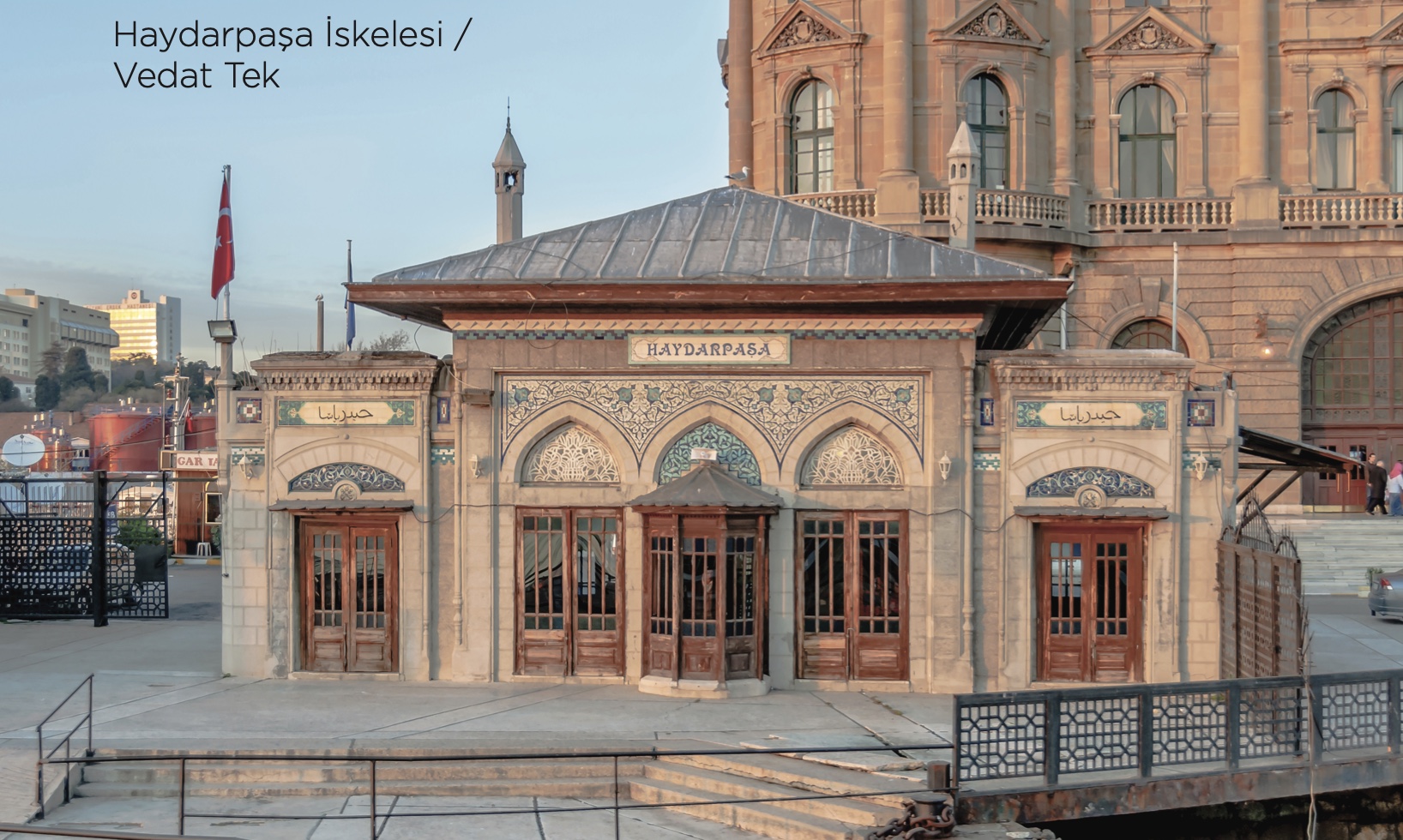 Haydarpaşa Pier is located right in front of Haydarpaşa Train Station, which connects Istanbul to Anatolia by rail. It was built to provide easy access between the train station and the European side of Istanbul. The ferry pier, built in 1915 in the Turkish neo-classical style, is one of the last works of the Ottoman Empire. Its architecture is one of the most successful examples of the Turkish national architectural movement, with the Kütahya tiles by artist Mehmed Emin Usta covering its walls and wood carvings inside.

Its architect, Mehmet Vedat Tek, is the first Turkish architect to have a formal education in Türkiye and he made a special effort to destroy the thoughts that Turks could not master the profession of architecture. Mr. Tek, one of the two leading figures of the First National Architectural Movement, together with the Architect Mr. Kemalettin, became the first Turkish lecturer at Sanayi-i Nefise Mektebi in 1925. Mr. Tek, who built many apartments in the 1930’s, lived in the apartment he had built for himself in 1928 in Teşvikiye. 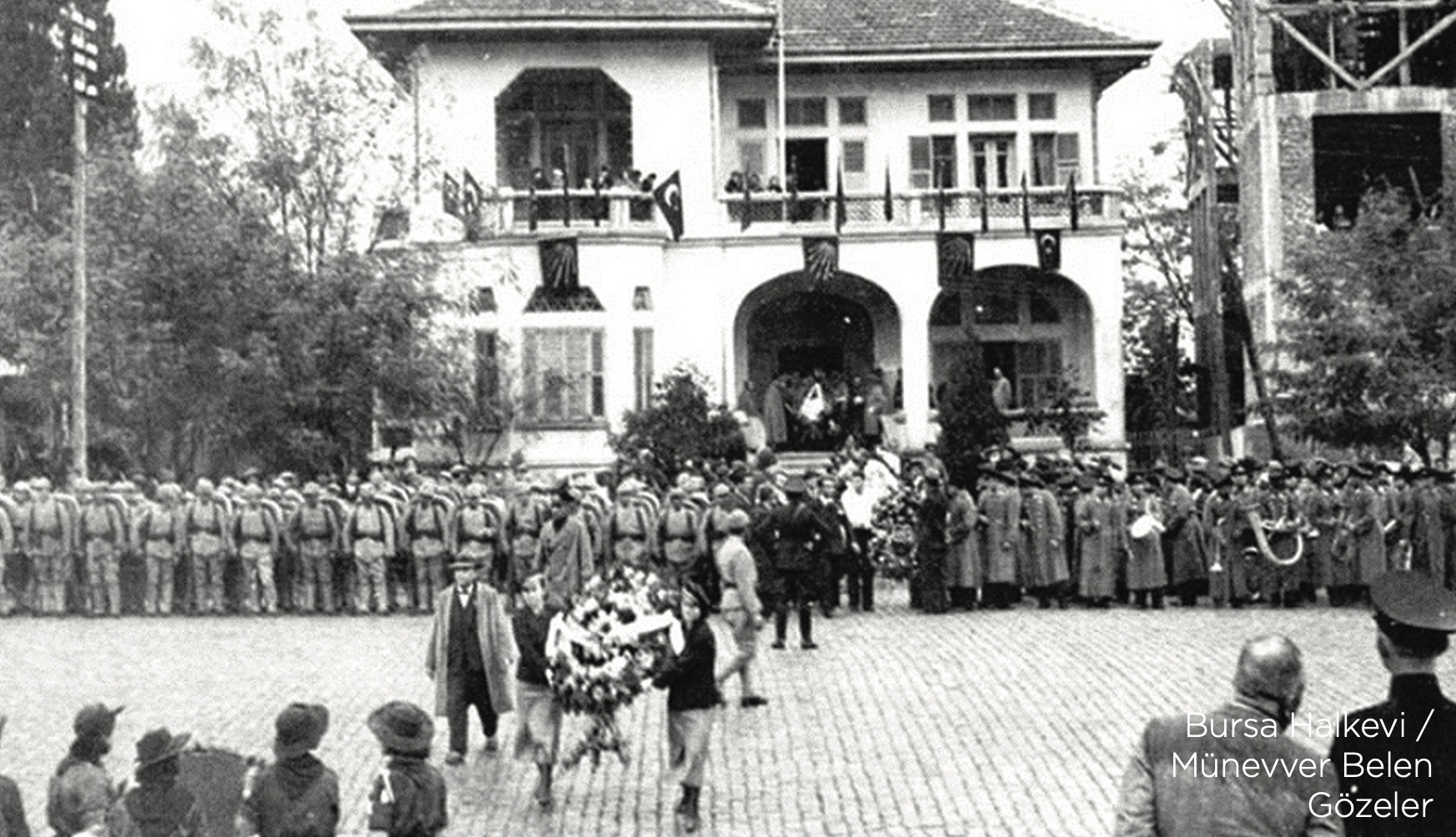 Known for being Türkiye’s first female master architect and one of the first female graduates of the Istanbul Academy of Fine Arts, Münevver Belen Gözeler embraced the modern style and worked with architect Leman Tomsu in a style parallel to the Second National Architecture Movement for many years. Despite being one of the first female architects of the Republic, her career history is not well documented. She worked as a civil servant throughout her career and although she has her own projects, unfortunately most of her work has remained anonymous.

Bursa Community Centre, designed by Münevver Belen Gözeler, won the first prize in an architecture competition. This building draws attention especially with its courtyard layout. The PTT buildings, which she designed in a modern style in 1935, consist of a four design series. 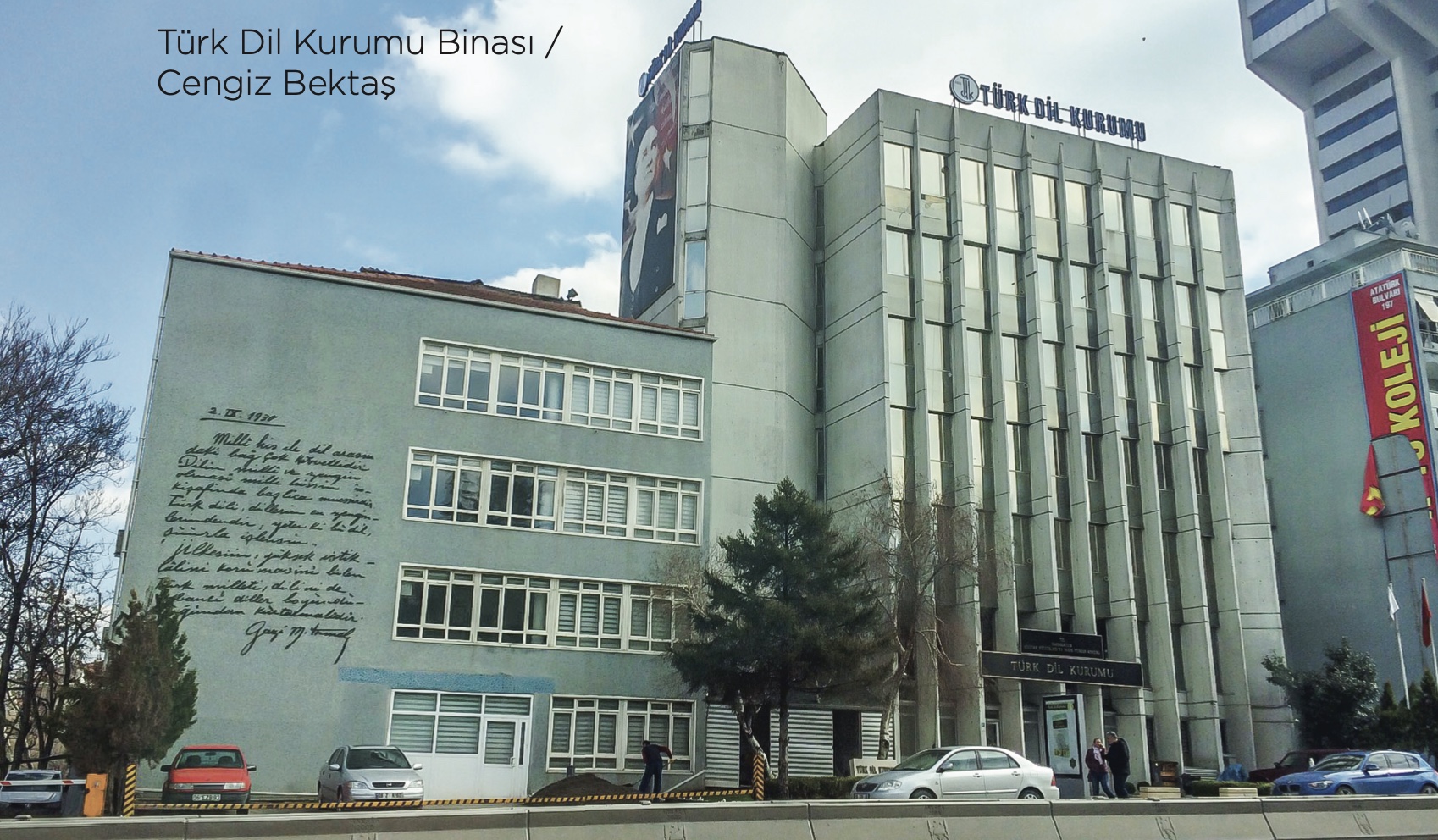 The Turkish Language Association project is one of the 20 most important buildings of the Republican architecture. Cengiz Bektaş, the architect, answered the question “What made this structure so special?” as follows: “The buildings in Ankara at that time did not face Atatürk Boulevard since it was west. That’s what you’re here for, you need to know how to look at the west front, because if you turn your back on the most important street of Ankara, firstly, you will be disrespecting people. The Turkish Language Association Building faces west. Each floor overflowed from the one below by 15 cm, from there the air comes through the filter and comes out from above, there is no harm in working in the west.”

Cengiz Bektaş, who is also a poet and writer, received more than 25 awards in international and national architectural competitions and designed buildings that are considered among the examples of the Republican Period. Mr. Bektaş, whose poems have been translated into 16 languages, has a total of 106 works on architecture and culture. 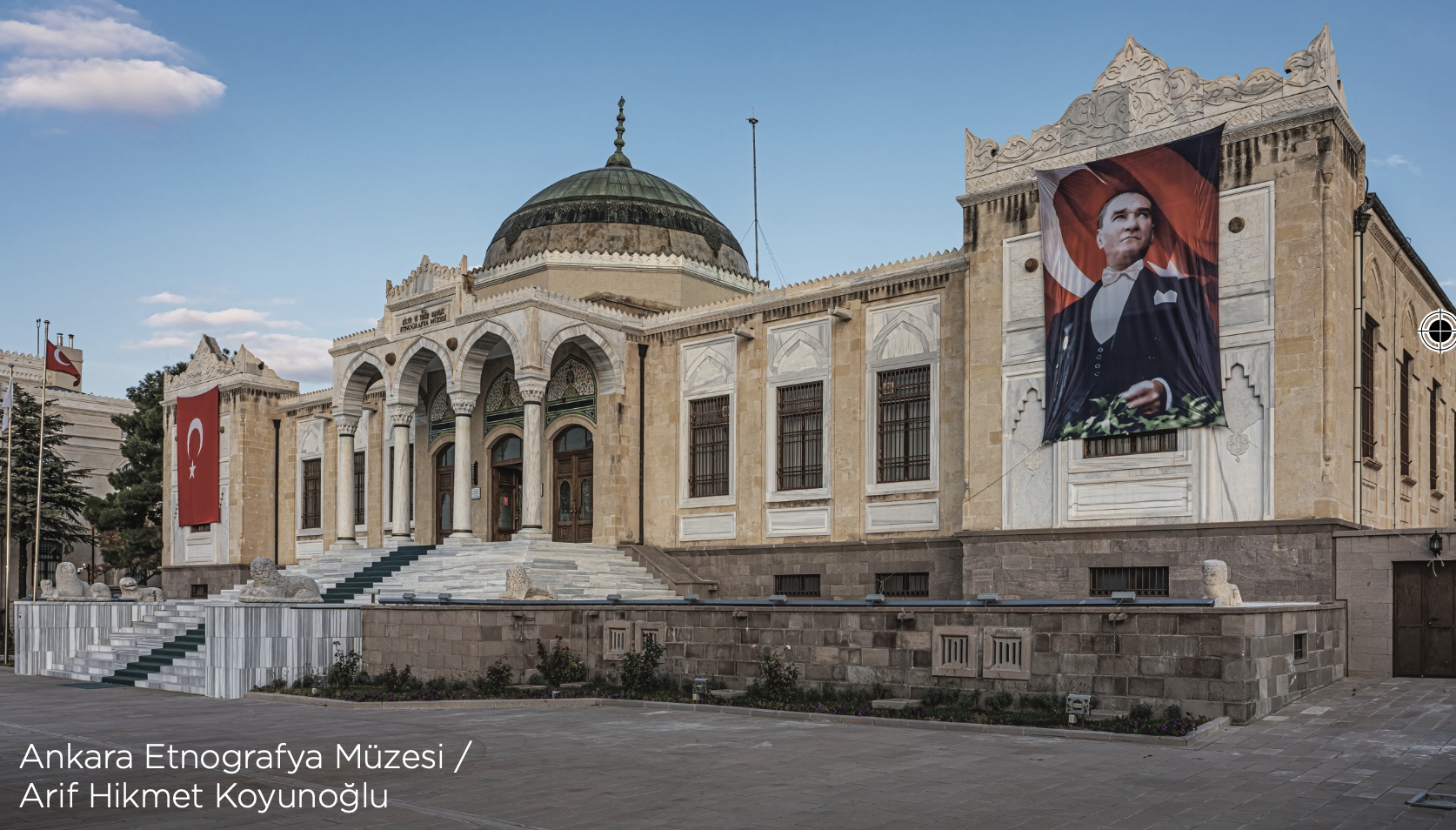 The Ethnography Museum was designed by Arif Hikmet Koyunoğlu, one of the important architects of the Republican period. The building is rectangular in plan and has a single dome. The bronze Atatürk Statue standing on a horse in front of the museum was built in 1927 by the Italian artist Pietro Canonica upon the request of the Ministry of National Education of the Republic of Türkiye. Today, it is a museum where examples of Turkish art from the Seljuk period to the present are exhibited.

Arif Hikmet Koyunoğlu, one of the architects and photographers of the first period of the Republic, started photography after his military service, as Istanbul was under occupation at that time. He fled to Ankara in 1922 upon the pressure of the occupying forces. Mr. Koyunoğlu, who later continued to work as an architect here, was given the Atatürk Art Award in 1981. 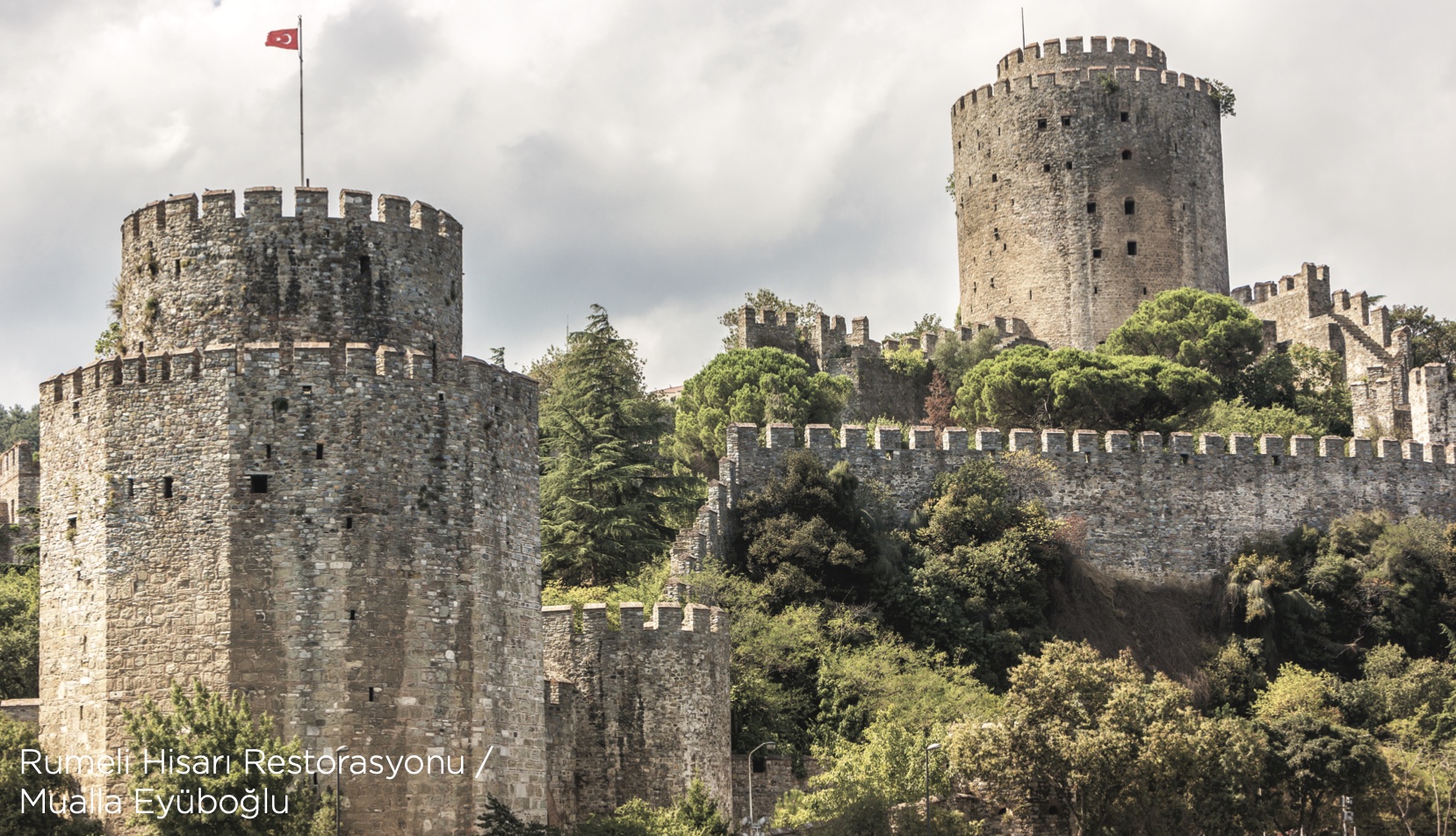 Mualla Eyüboğlu Anhegger is one of Türkiye’s first female architects. She is the sister of poet and painter Bedri Rahmi Eyüboğlu and writer Sabahattin Eyüboğlu. She took an active role in the establishment of the Village Institutes with her elder brother and İsmail Hakkı Tonguç. She is one of the names of those who contributed to the restoration of many historical buildings such as the Rumeli hisarı and the Topkapı Palace Harem. She counts herself as a fourth-generation female architect to graduate after Leman Cevat Tomsu, Münevver Belen, Leyla Turgut and Neriman Birce.

Ms. Eyüboğlu was deemed worthy of the Achievement Award in Contribution to Architecture by the Chamber of Architects in 2008 for her multidimensional contributions to architecture, ranging from Village Institutes to research and restoration studies on major historical monuments in Türkiye. 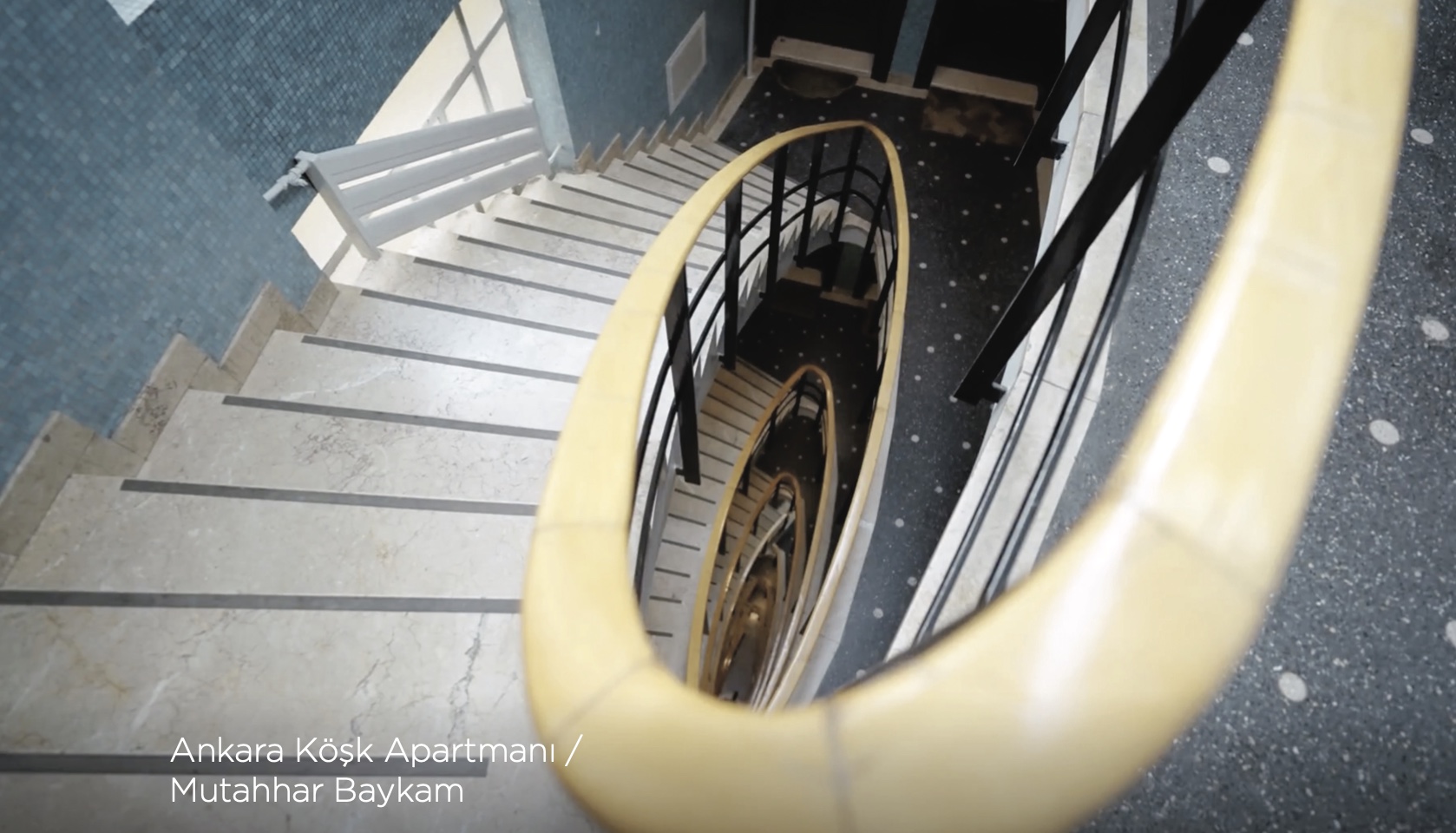 Located in Ankara Çankaya District, which is one of the regions where middle- and high-income groups lived during the 1960’s, the Köşk Apartment Building is distinguished by its rational planning, wide windows, balanced facade setup, use of materials, original details and the dynamic effect it creates on the interior and facades. It was designed by Mutahhar Baykam, one of the first female master architect-engineers in the history of the Republic.

The apartment on Şehit Ersan Street is also the childhood home of painter Bedri Baykam, son of Mutahhar Baykam and the deputy Suphi Baykam. 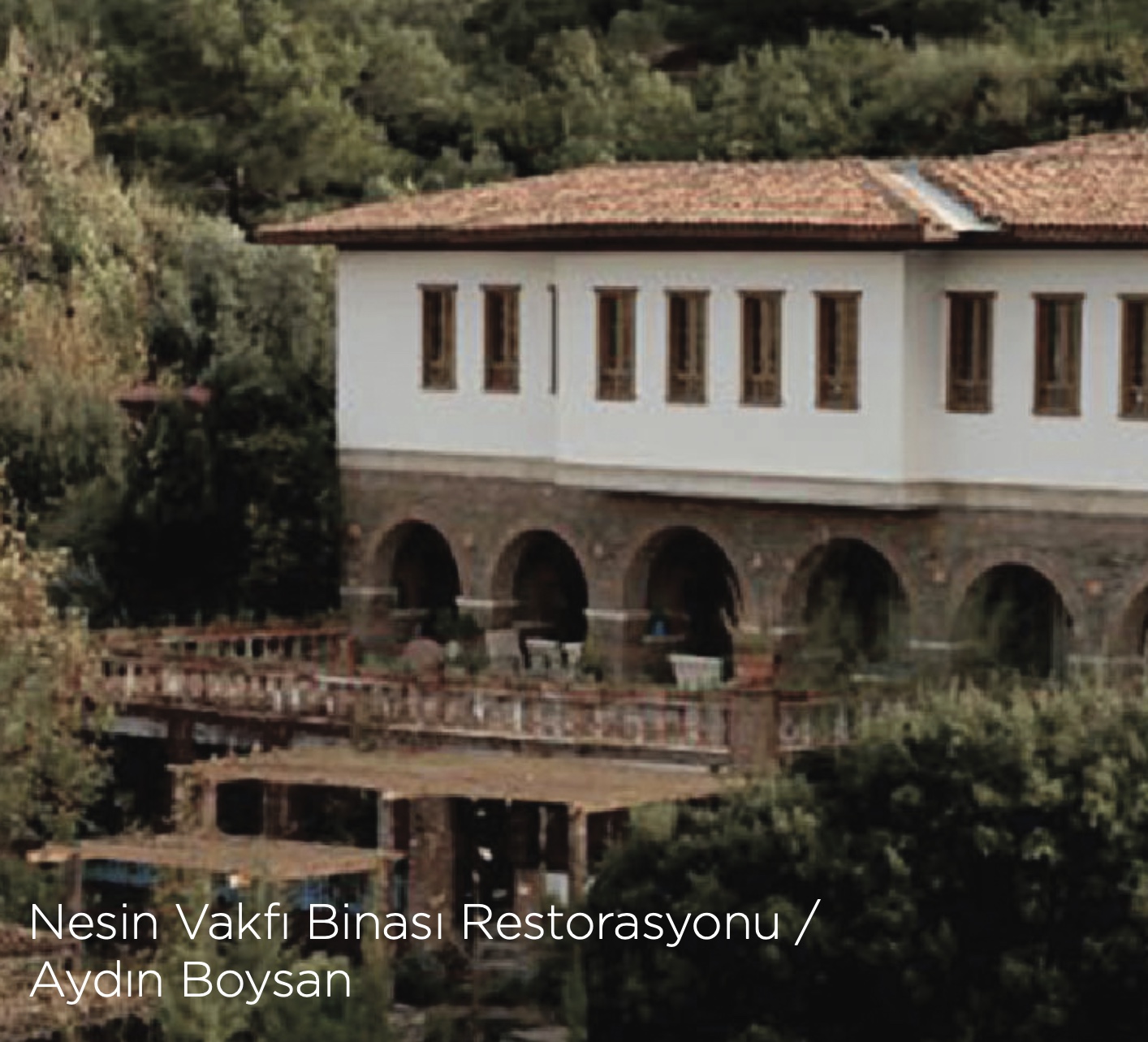 Aydın Boysan, gathered crowds around him thanks to his chatty personality in every situation he was in. He started writing after the age of 63 and was among the most important architects of the Republic of Türkiye, in addition to writing 47 books and numerous newspaper articles in the last 30 years.

Continuing with architecture from 1945 to 1999, Mr. Boysan was among the founders of the Chamber of Architects. After his first work, Hakkari Provincial Mansion, he created countless works, designing 15 million square meters of buildings in 55 years. The building of the Nesin Foundation in Çatalca, founded in 1973 by the writer Aziz Nesin, was also restored by Aydın Boysan. It aims to raise children who are lacking educational opportunities as individuals and who can improve themselves and contribute to society. Today, some personal belongings of Aziz Nesin are also exhibited in this building. 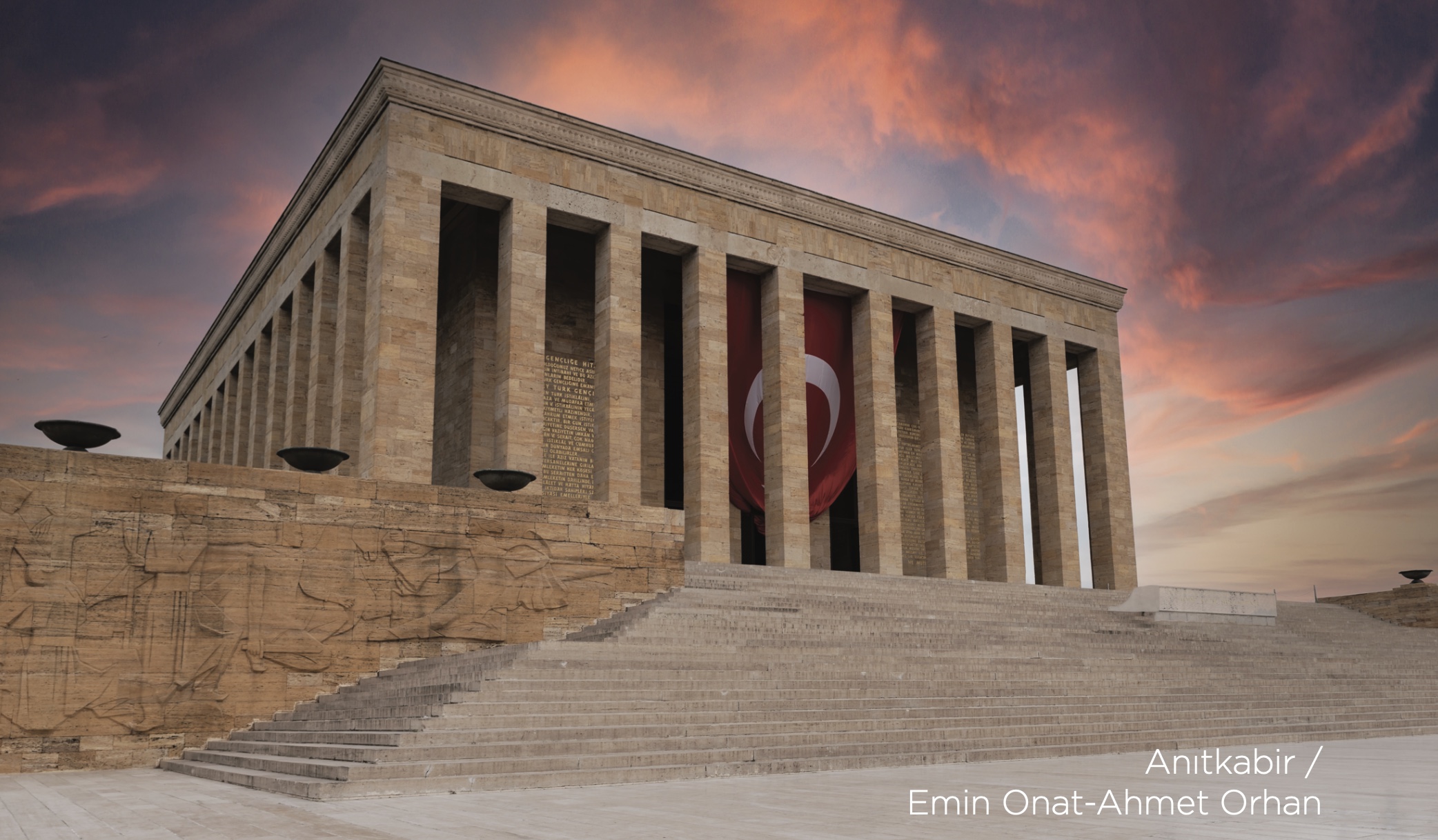 The architect Mehmet Emin Onat and Ahmet Orhan Arda participated in the international competition organized for the designation Anıtkabir on March 1, 1941. The project they prepared was selected as the first among 49 projects. The construction of Anıtkabir, designed by Emin Onat and Orhan Arda, started in 1944 and was completed in 1953. It consists of various structures and monuments, in particular the mausoleum building, as well as a green area called Peace Park. In a ceremony held on November 10, 1953, Atatürk’s body was transferred here. Anıtkabir, where İsmet İnönü’s tomb has been located since 1973, is a neo-classical building in the style of the Second National Architecture Movement. 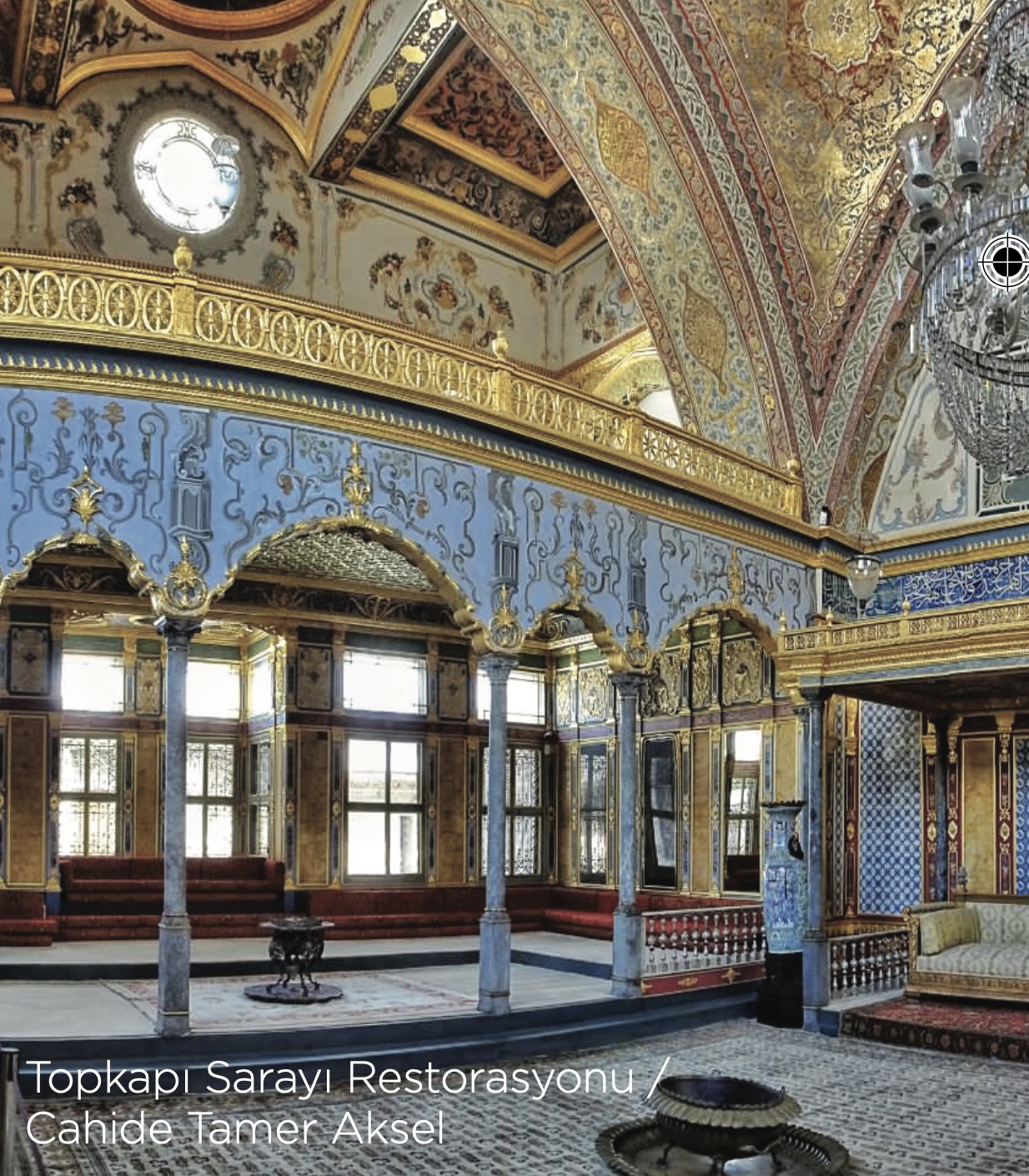 Cahide Tamer Aksel is Türkiye’s first female restorer and one of the first female architects in our architectural history. Among her first repairs is the Amcazade Hüseyin Paşa Mansion Banquet Hall, where she was assigned by the Topkapı Palace Museum Directorate. Only the banquet hall, pool, kitchen and two baths of the mansion, which has undergone many repairs, have survived. The structure was kept alive with the basic touches by Cahide Tamer. 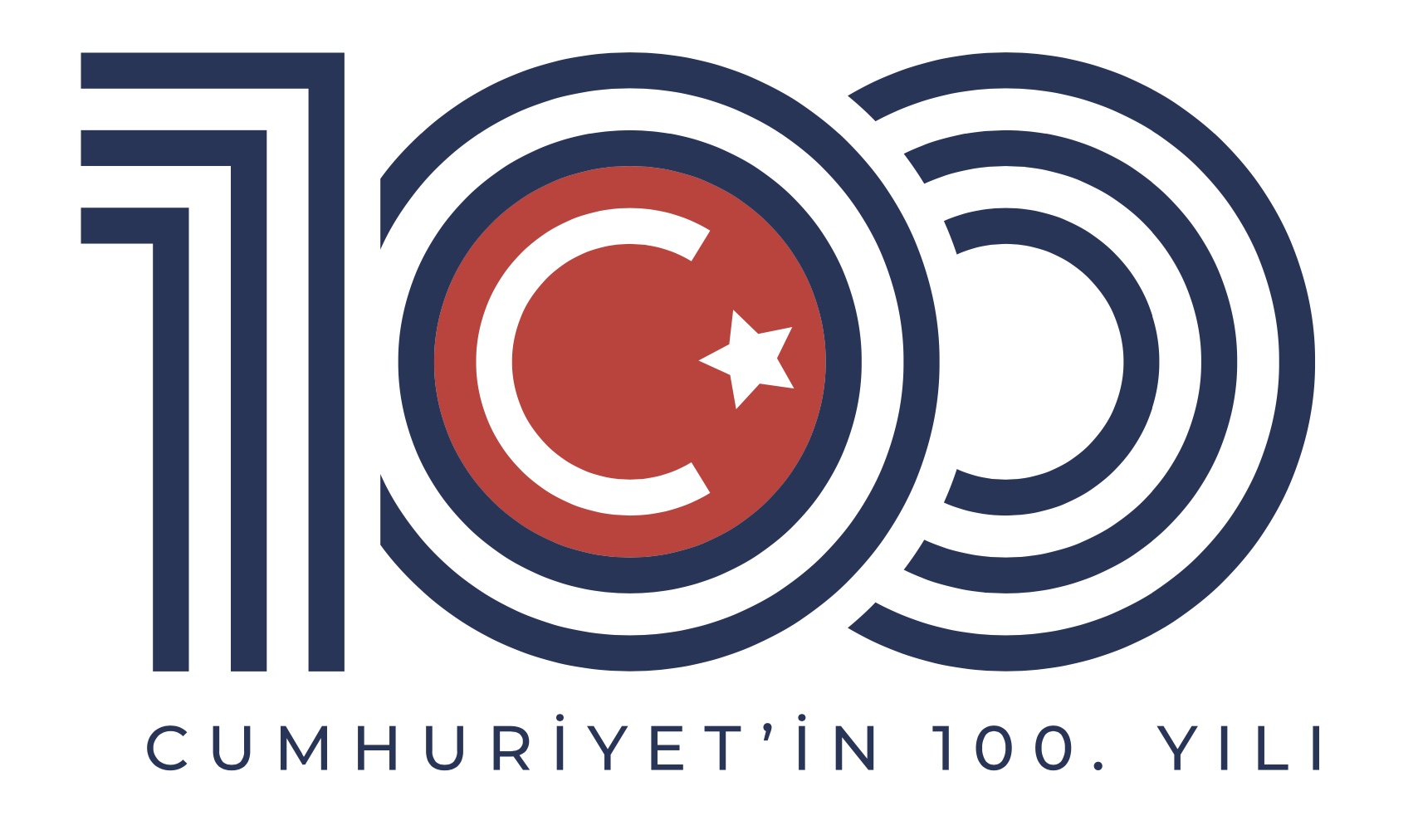 Cahide Tamer, who was appointed to Topkapi Palace after Hagia Sophia, made great contributions to the removal of elements that are not related to the original architecture in Topkapi Palace and to reach the origins of the works.