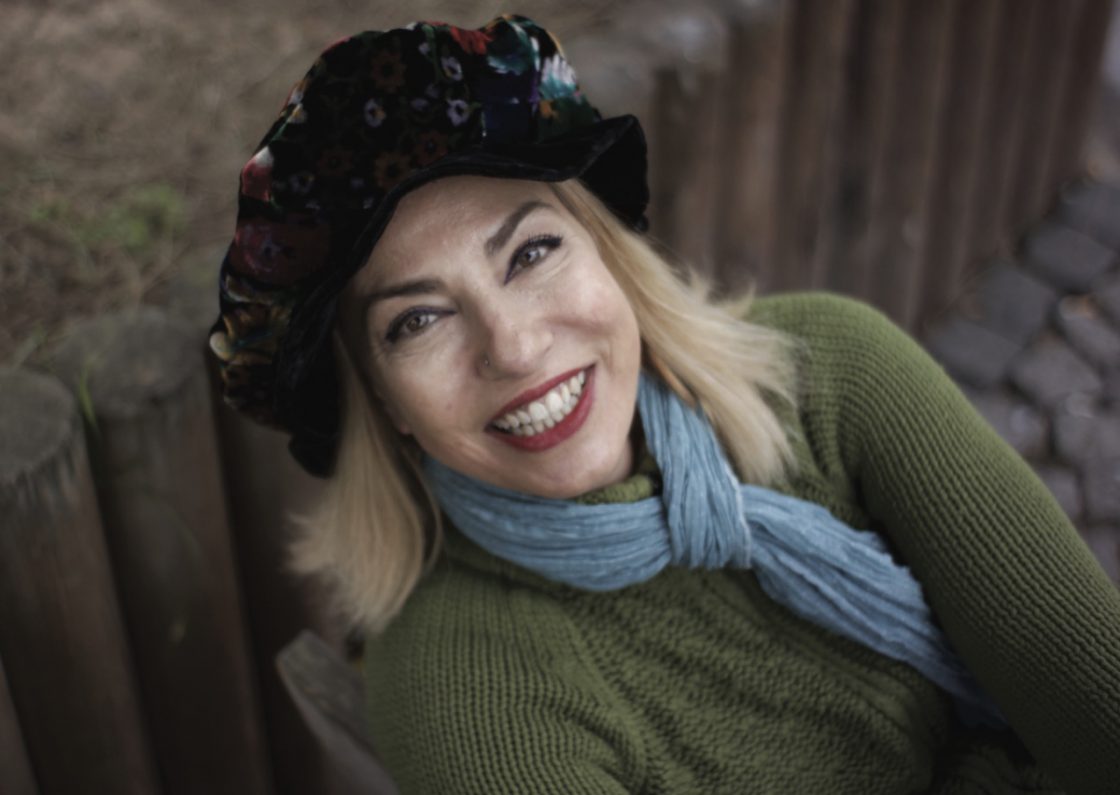 Vocal training that touches the soul

Did you know that Deniz Arcak, one of the most important names in Turkish pop in the 90’s, is a music teacher? Arcak teaches vocal lessons to many of her students, whose “biggest wish in life is to sing”, in the music school called Atölyehane. These classes can also be an original Holiday Season gift for loved ones.

Deniz Arcak was among the most famous pop singers in the 90’s. However, in her heart she always wanted to be a teacher. She had been studying in the music teaching department at Marmara University but left before completing her studies. Years later, when at a concert she saw a teacher from the school who told her that she had received a general pardon, so at the age of 41 she decided she would return to her studies. She says about that period; “I had a friend named Ersoy, and he had also left the school. I said to him, “I hesitate go back by myself, shall we go together?” We returned to school, studied hard and graduated as excellent students.”

This job is actually the ocean

At that time, the artist had a nodule in her throat. Her nodule was healed without the need for surgery by voice therapy from Güzin Gürel, who she calls “one of the most important phonology experts in Turkey”: “The letter structure of Turkish is polygonal. My voice became sick and I couldn’t make a sound. I had therapy for a long time and worked with Mrs. Gürel for two and a half years.” After this Arcak’s albums, concerts, television, and theatre work could continue. About eight years ago, she attended the workshop of a master named Jean Pier Bilive, who trained artists for La Scala Opera in France. She said, “I received some interesting tips from him about using the whole body while singing. You realize that this business is actually an ocean on every journey and if you want to specialize in a job, you see that it is not possible. This work is so broad and comprehensive, and also thoroughly enjoyable.”

You have to offer what you value

Arcak has already been giving vocal training in various training centres and when asked, “You were very famous, very successful, how did you decide to quit the pop music scene and become a teacher?” She replied: “There is no such thing as ‘let the music end’ in my life, but I didn’t want to perform the familiar “standard pop” anymore. My heart was elsewhere, and I think people understand more what they want to do as they grow older. I realized that I wanted to do more refined things. I have never been motivated by having a limousine, a yacht, or even more. So, my expectations, desires, and needs have brought me to this moment. You have to deal with things you don’t want to when you make pop music in today’s world. You try to make other people happy with things, but they don’t actually make you happy, they don’t fill you with something worthwhile. I realised that I had to offer what I valued, otherwise, it would just be hypocrisy and deception…”

Turns out my goal was always to open a school

One day a friend told Deniz Arcak about a rental flat in Göztepe, saying “Would you consider it as a school?” firstly, she said, “I can’t!”. Nevertheless, she went with her husband Akgün to check out what is now the Atölyehane. Her husband said, “You can’t do it, you cannot ask anyone for money, you would go bankrupt in two days.” “I thought my husband was right, but inside me I felt butterflies. I entered this place and felt as if I had come home. This was exactly three years ago. While I was thinking about whether to rent it or not, I came across a post on Facebook. The post was about me as a guest of a program on TRT, I think the year was around 1993. I was just a kid, I was 25 years old. At the end of the program, the host asked, “Your future goal?” I said, “To open a school like Fame!” I had completely forgotten about that. I showed the post to my husband and he said, “Okay, open your school.” I am so happy here now.”

Make your dreams come true for the Holidays!

Students of Deniz Arcak Atölyehane take complete vocal lessons and prepare their own songs. They learn how to use their voice and breath properly. The students write their own songs with Arcak and then she composes the lyrics in the spirit and style of her student. Finally, the songs are included in an album titled Atölyehane Songs. So far two albums have been released and a third album will be released soon.

The majority of those attending the school are people who have dreamed of singing since they were children, but due to life commitments and university have not had the opportunity to purse their dreams. Students define the lessons as both personal development and the happiness of realizing their own potential. Some of them said, “Singing beautiful songs is not enough for me anymore, I have now started imagining myself on a stage singing to people.”