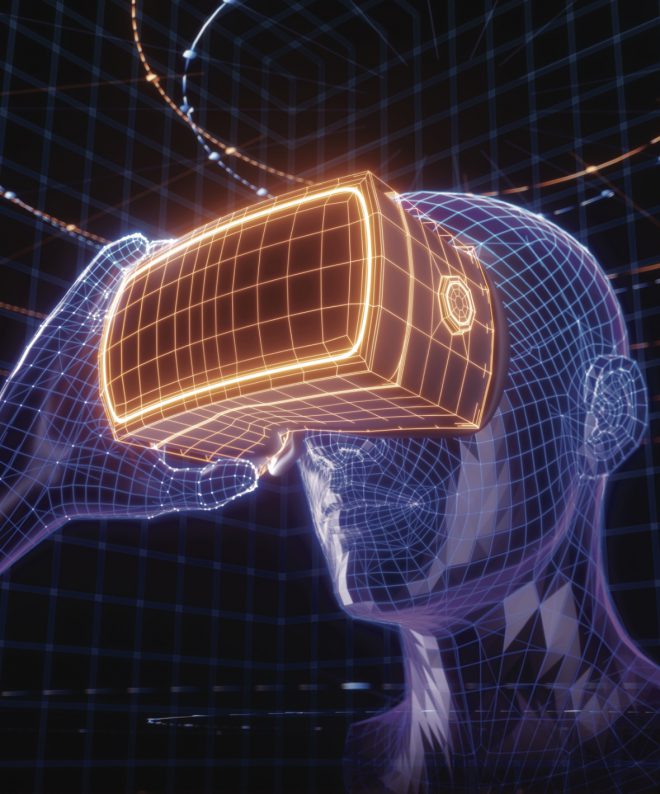 METAVERSE: WE WILL ALL BE THERE SOON

Don’t be confused by the Metaverse, the latest version of the internet. If it is confusing, let us explain it simply. Here, the ‘virtual heaven’ from economy to fashion.

TECHNOLOGY WITH METAVERSE
Those who are digitally literate have already met the Metaverse, however those who have not yet met it may have questions in their minds: What is the Metaverse? Should it be in our lives? Will what does not exist in that universe actually disappear or will that be the real universe in the future?  Who will rule that universe? A virtual heaven or a second chance for us? and the list goes on and on. Let’s take a look at this process that is not hype and is developing very rapidly.

The Metaverse, the latest version of the internet, technically enables humans to be included in an artificial physical environment thanks to computers, android devices, and 3D devices. In this world, one can experience the augmented and virtual reality together with physical reality. In ‘augmented reality’, a ‘fantastic’ imagination is marketed to you while presenting more and more of the truth. This combination provides you with a universe of thousands of online worlds communities working collaboratively and integrated. The idea is to transform the internet into a three-dimensional universe in which people are not content to just look at things, but to be involved.

Metaverse promises to create a virtual public space. Virtual currencies in this public space are today traded at the cryptocurrency market. In this respect, the concept is regarded as the ‘future of the internet’. Key words provide unique ‘content’ and ‘accessibility’. Metaverse, which has developed very rapidly with the pandemic and will develop further, is a visual and auditory world. Even smell is slowly being included and next will be a sense of touch. For this universe you will join with your avatars, and the thought of “I am not online” today will be the equivalent to thinking “I am not in this life” in the future!

In order to understand technological developments, we will first need to clean up and redefine the old concepts of the 21st century, for example, Big Data and algorithms. Remember that the data we leave in the Metaverse, where we will have the opportunity to perform many actions without physical effort, will return to us, and in fact, we will only choose from those recommended to us. All this data will come by filtering from Big Data and thus, whoever manages the algorithms will rule the world.

At this point, it is not a coincidence that Facebook is one of the most important Metaverse investors in the world today. Facebook, which has a large data pool and recently changed its name to Meta, has the metadata of millions of people. This however raises concerns that an artificial world based on artificial intelligence will threaten people’s individual boundaries. Mark Zuckerberg, who for 2 billion dollars bought the Oculus company, which works on virtual reality devices, has signed cooperation agreements with important software companies such as Microsoft. Moreover, gaming platforms such as Roblox are making great R&D investments in this area.

According to a report from crypto management company Grayscale, Metaverse would reach a value of $1 trillion in a few years – no specific timeline was given in the report. While using the phrase next few years, they analyzed the ‘active wallet’ data since the beginning of 2020. The proportion of active Metaverse users reached 50,000 people, with a 10-time increase compared to 2020.

WHAT IS GOING ON IN VIRTUAL ECONOMIES

Facebook made an investment plan of $5 billion for Metaverse, where you can visit parallel universes like visiting websites, has one-fifth of their employees working on virtual reality (VR) glasses. On the other hand, while the crypto money followers set up the virtual universe, those in the gaming world have already started to live in the Metaverse. Founded in 2003, the online fantasy game Second Life is completing its second decade in the field of alternative reality. Minecraft, on the other hand, has had a boost among children who were more exposed to virtual connections during the pandemic and games such as World of Warcraft, Fortnite, and Roblox, have a virtual economy. In 2018-2019 alone Fortnite generated $9 billion in revenue from ‘metaversal behaviors’ like buying clothes for your avatars. After all, this universe is not just about games as we can all become gamers and build our own little world with our avatars. While an NFT artwork, a JPEG image file can be sold for $69,300, we can also buy anything from a yacht to land, go to a Hollywood party by private plane, attend a wedding, or a concert in the first row.

The next step is consciousness transfer, in other words, your consciousness, memory, memories, and experiences will be a digital copy of you. As the ‘second you’, you will be immortal in that digital world. In fact, this issue also includes people’s dreams of immortality. For the Metaverse, which is no different from a sci-fi scenario for now, Elon Musk is making a solid investment in this business with the Neuralink project. If this project, which aims to map the brain, is successful, one day we will see that the Matrix can come true.

NFT is a unit of data stored on a digitalbook called the blockchain, which confirms that any digital file is unique. Initially seen as a ‘hype’, NFTs are now more widely used in blockchain games and marketing projects. The first NFT was produced in 2014. The year 2021 was a turning point for NFTs, with the total sales volume of NFTs reaching $12 billion. Last month, NFT sales stood at $292 million.

Focusing on digital and virtual things, Balenciaga has announced that it will create a new business unit dedicated to the virtual world. It created its own video game for the fall 2021 collection, and it showcased the collection on the runway with 44 clones of a model. It has collaborated with Fortnite in the latest in-game items and in 2019, the brand named ‘The Fabricant’ designed the world’s first digital couture piece and sold it for $9,500. In the same year, world-famous brands came to the fore with their collaborations in the gaming world, Louis Vuitton collaborated with League of Legends and Moschino collaborated with Sims. In 2021, Ralph Lauren and Nike collaborated with Roblox and Balenciaga collaborated with Fortnite. In addition, you can buy virtual clothes like DressX, Replicant and The Dematerialised and see them on yourself through apps like Snapchat. Adidas has also entered the virtual collection and NFT fashion. In the store that H&M will open in Metaverse, CEEK Coin will be used. Roblox has teamed up with Vans, the maker of skateboarding shoes, to create ‘Vans World’, a virtual skate park where players can wear new Vans outfits. It is a virtual shopping garden where you can try on and buy clothes and accessories for yourself.