WE ATTENDED THE BRITISH CONSULATE GENERAL IN ISTANBUL’S SUMMER PARTY

The traditional ‘Summer Party’ of The British Chamber of Commerce in Türkiye (BCCT) was organized after a three year long break due to the COVID-19 pandemic. At the event which was held at the magnificent gardens of the British Consulate General in Istanbul, more than 600 distinguished guests were hosted and of which we, Ant Construction, were among the supporters, and using eco-friendly materials at the event was a priority.

The Platinum Jubilee of Queen Elizabeth II of the United Kingdom, the 70th anniversary of her becoming Queen, was celebrated at the Summer Party hosted by the British Consul General Kenan Paleo and the BCCT Chairman Chris Gaunt OBE on the 30 June. Kenan Paleo stated in his speech that it is a pleasure to celebrate Elizabeth II’s Platinum Jubilee with the guests, and that the BCCT Summer Party is a celebration of the warm relations between Türkiye and Britain. 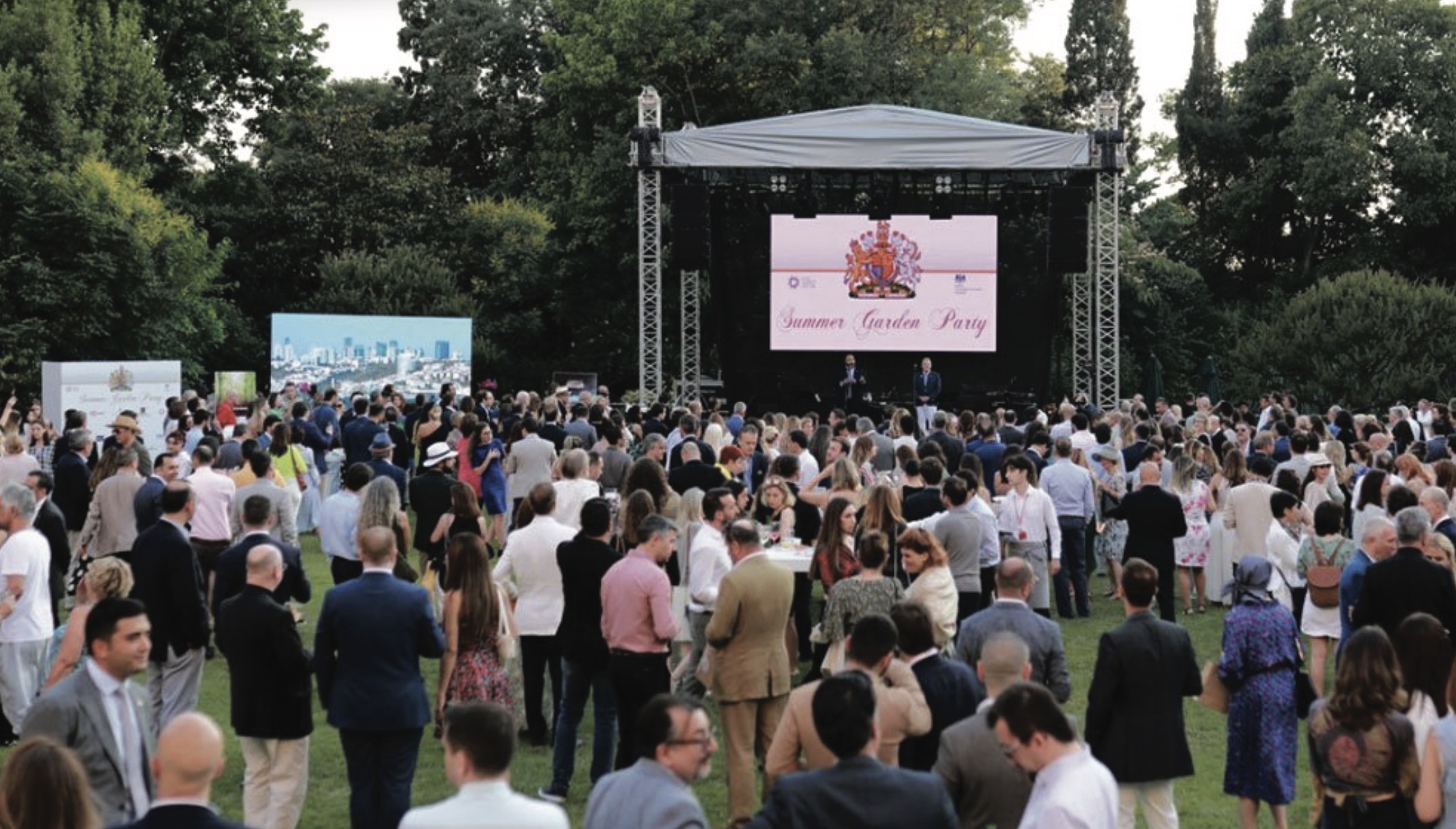 A collaboration was made with the business world and Council for Sustainable Development (SKD Türkiye) in order to contribute to the sustainable development globally and nationally and raise awareness of the issue. Chris Gaunt OBE stated that the summer party, which has become a tradition, creates a productive networking platform, and emphasized that at these events, they make sure to draw attention to social responsibility issues that help raise awareness, and using eco-friendly products at the event was prioritized. The event was livened up by Tayla Koray Orchestra’s music and a dance show from the ‘Nebi Birgi and Dance Group’.

Another civil society organization at the event was The Guide Dogs Association, which help raise awareness of the guide dogs who assist the blind and partially sighted.